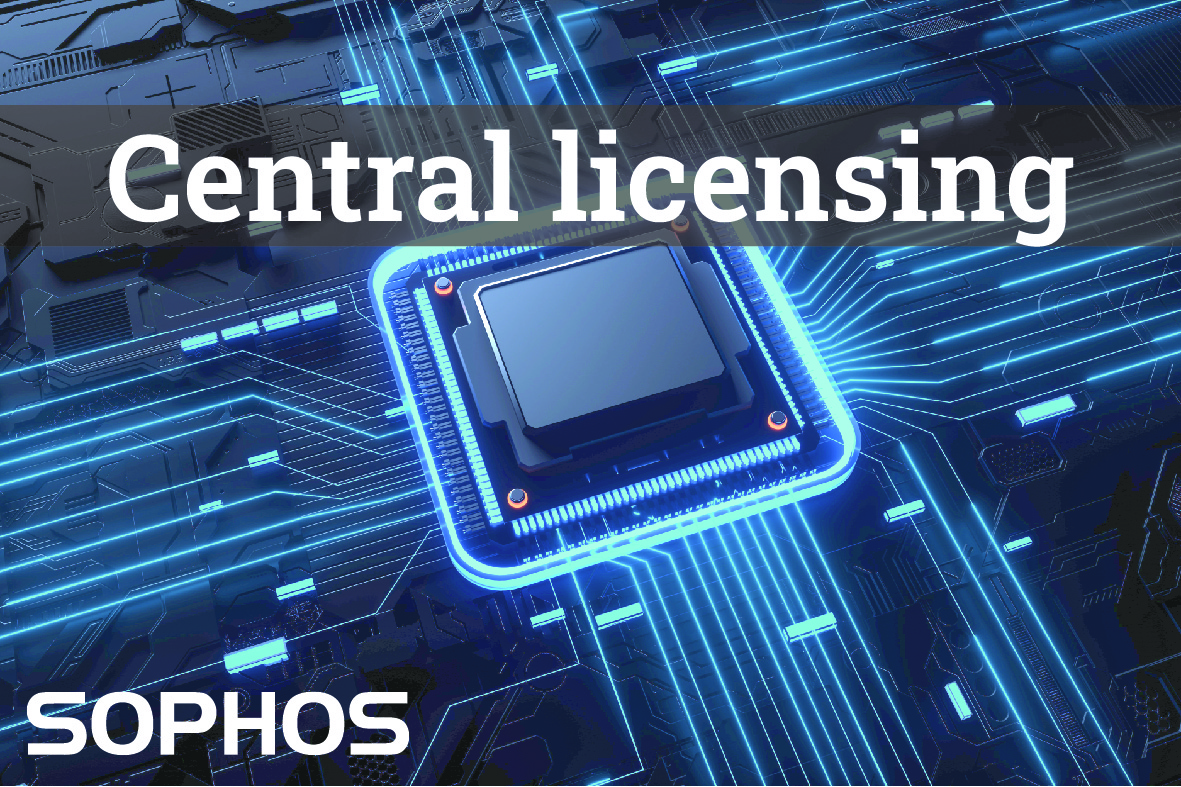 Sophos Central is a single cloud management solution for all your Sophos next-gen technologies: endpoint, server, mobile, firewall, ZTNA, email, and so much more. 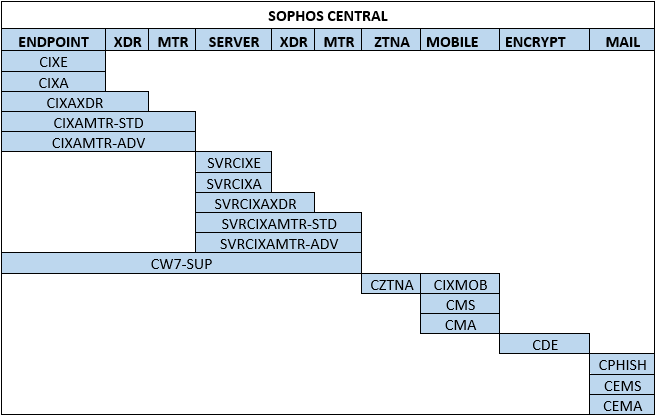 The following products do not license per user, but per server:

*It’s recommended not to mix your licenses, but to use the same license versions for all your endpoints and servers that you manage through the Central Admin console.

Whether it concerns licenses counted per user or per server, we distinguish 3 different streams: new purchase, renewal and an extension or modification of the licenses (mid-term upgrade).

Central licenses are available as a 1,2- or 3-year subscription. More years are available by combining the available licensing or adding monthly subscriptions. When you purchase a Sophos product for the first time, on every PO, Sophos order taking requires full end-user details to include the following:

Please note that Free mail (Gmail®, Yahoo!®, etc.) is not accepted and must be a private domain of the end user’s company to help ensure proof of delivery and comply with export and sanctions regulations. A reseller email is not accepted if you want to register the end customer’s license to your company as a reseller.

A “straight – renewal” option assumes that you renew the expired license with no changes in users, servers or devices. Renewals are calculated on an existing license ID. However, according to the Sophos Renewal Policy, the existing license must not have expired for more than 1 year. If you are waiting more than a year for your license to renew, you will have to purchase a new license. Please bear in mind that most licenses are backdated from the day of expiry!

A Central account has only one license number. And if there’s new products, higher or lower quantities that need to be changed or renewed, then Sophos absolutely needs the license ID number to calculate a valid mid- term upgrade price quote.

On an existing Central admin account, no new license number of the same product(s) can be activated.

We note that extra users are purchased as new, without giving the central license number with the order. When the reseller or end customer is trying to activate the license key this doesn’t work because the link is not there in the Central admin console. Therefore, make sure that when there is an existing Central account, this license number is stated on the order. This license is per product and can be found by clicking on your name at the top right in the Central console.

If you require any further information, feel free to contact Kappa Data!